If you use Facebook to market your business, it is important to understand the key stats which Facebook gives you. These stats can very often be misleading and often mean people rely on one channel for their marketing, often with very limited effect. The 'reach' metric is one of the most commonly misunderstood stats. Facebook define reach as "how many people have seen your post" but this is not accurate, it doesn't mean the post was actually seen.

Reach measures the number of users who may have seen your content because it was displayed on their news feed as one of 6-10 posts which load when you load your newsfeed. As a user scrolls down their feed Facebook will automatically load another 6-10 posts. As soon as these posts are loaded, they are considered as having reached the user, whether or not the user has scrolled down as far as them on their feed.

To quote Jon Loomer(link is external) (one of the best digital marketeers out there):

Measuring Reach is an inexact and inflated measure of how many people actually saw something, in a way reach is an "imaginary stat". The only real use of looking at the reach of a post is to measure how far something may have gone, compared to your other facebook posts" .

A more accurate gauge as to whether people are seeing and enjoying your content is whether they have reacted to it, commented on it or shared it, or, if the campaign in question was supposed to be creating leads, sales or directing traffic to a certain place, then you can track that very accurately on your website and see whether there's a tangible effect.

To break it down a bit more:

The example above shows that from a reach of 3,366 only 1,154 users had the video on their screen for more than 3 seconds, which is less than half the number of people suggested by the reach stat. The drop off rate after three seconds for video playback is very steep - so it goes to show you that the reach metric really is just a general gauge as to how far a post went compared to other posts on Facebook, it should never be mistaken for people actually seeing your content. 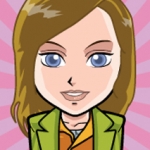